This author has not yet filled in any details.
So far Daniel has created 63 blog entries. 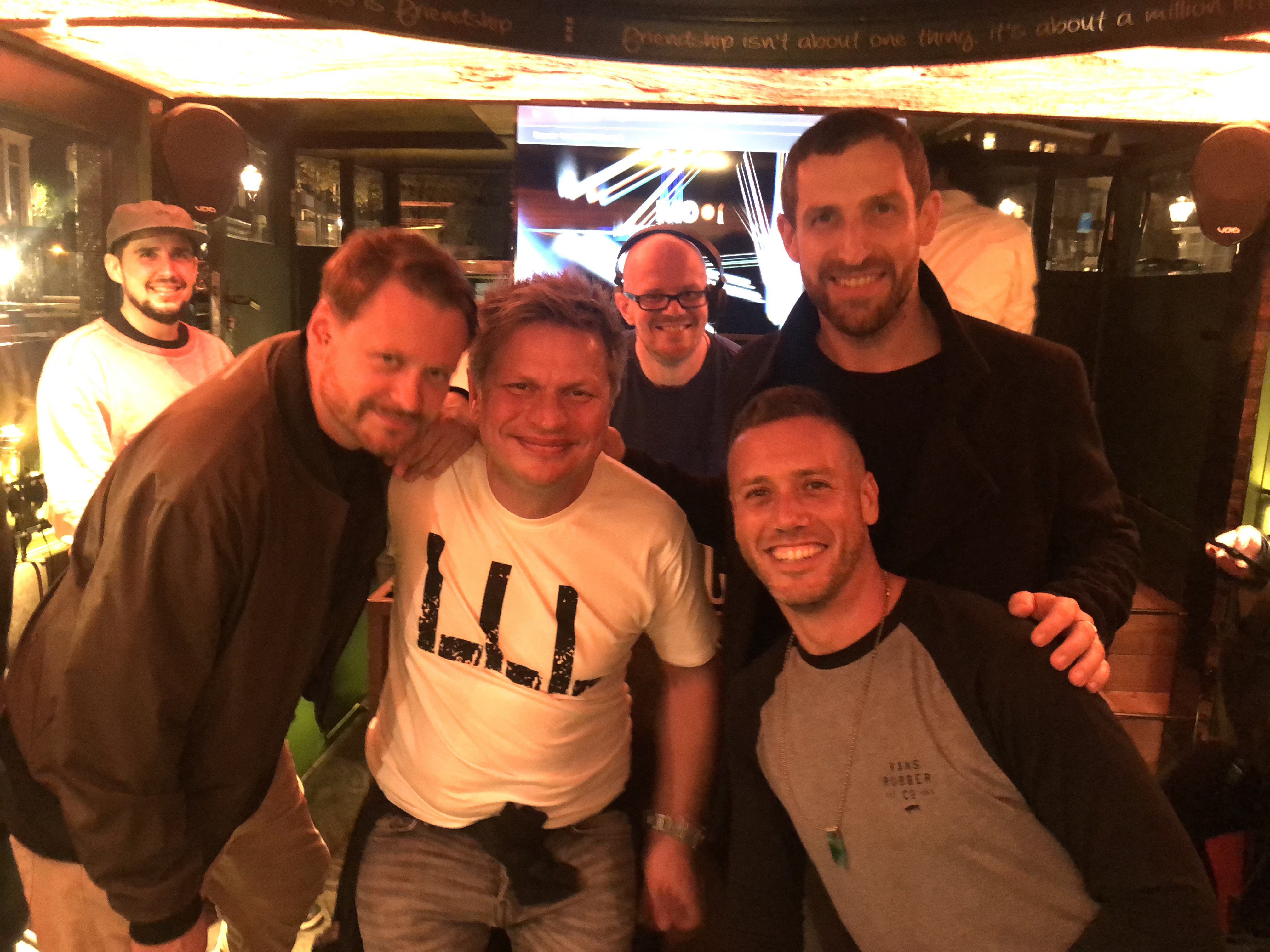 Throwback to the Moon Harbour Boat boat during Amsterdam Dance Event with these fine gentlemen. Thanks to Warsteiner and #musikdurstig for making this happen. ⚓️⛴🎧
Daniel2020-08-10T15:15:33+02:00November 2019|

Martin Buttrich back at Times Artists for GAS territory

We welcome Martin Buttrich to the Times Artists booking agency.

Martin Buttrich is famously as fluent behind a mixing console as he is in front of a virtual drum kit. That technical prowess, combined with a fascination for music of every shape, has resulted in outstanding releases on influential labels such as Planet E, Four:Twenty, Cocoon, Poker Flat, Nervous and Desolat. He’s also put his sonic thumbprint on many big ticket artists, notably receiving a Grammy nomination for a Tori Amos remix in 2003. In addition to his studio work, he’s entranced audiences at festivals like Time Warp and Creamfields, at temples of boom such as Fabric (London), Womb (Tokyo), Cocoon (Frankfurt), Panorama Bar (Berlin) and Amnesia (Ibiza) and at worldwide Desolat Experience parties with Loco Dice.

Zohki releases first EP on his own label

After three years of successful Events with Artists like Shonky, Dyed Soundorom, Dan Ghenacia, Cassy, Sebo K, Janeret, Point G. or East End Dubs, DEEP IN YOU puts the long-cherished plan of their own Label into action! The focus has long since been clearly defined: Timeless House Music in a modern context that never loses sight of the groove. – only on Vinyl!

Ninetoes latest release ‘ Madzim’ just was released on his own label Head To Toe and includes remixes by Ezikiel and Oskar Jehlmann.

Matthias Tanzmann’s new album Round And Round

Always staying one step ahead of the game, Matthias Tanzmann is back with a new album that will break the traditional model. Entitled Round And Round and due on his own mighty label Moon Harbour, the record will come out track by track over the course of autumn and winter 2019, rather than as one whole collection.

Round and Round comes three years after Momentum, Tanzmann’s last album and one that provided a snapshot of the deeper sounds he was enjoying at the time. This third full length is a more widescreen overview of his entire career and comes just after he was nominated, for the sixth time, as the Best Tech House DJ in the annual Ibiza DJ Awards.

The album was all written in the last year, but reflects every facet of the artist’s sound, so unfolds something like a career-long musical diary: from the collaboration with long-time friend and Poker Flat chief Steve Bug, which harks back to the early days of deep house, via newer connections and modern techno with Rebuke, tracks with old companions like Mathias Kaden, and on to new creative links with contemporary stars like Mihalis Safras and Black Circle. These collaborations with friends old and new define the record but never detract from Tanzmann’s own superb solo cuts. Sci-fi house, deep cut tech, warm vocal tracks and peak time pumpers are all unified by sleek and stylish production that is utterly contemporary.

This is an autobiographical album informed by another busy year of gigs at major festivals around the world, his famous Circoloco residency at DC10 and further Ibiza gigs everywhere from ANTS to Elrow to Music On. September also saw the release of the Better Lost Than Stupid album Wild Slide, a collaborative work with pals Davide Squillace and Martin Buttrich that shows that decades after first starting out, Tanzmann is still very much at the forefront of the global underground scene.

We welcome back Moon Harbour head honcho Matthias Tanzmann. The set was recorded live at United Ants Ibiza on 24 August 2019.

Matthias Tanzmann has been one of the leaders the house conversation for more than two decades now. He is one of the prominent residents for the Circoloco crew at Ibiza’s iconic DC10 in Ibiza, heads up the agenda-setting Moon Harbour label and releases his slick, forward-looking house and techno on labels like Dirtybird and Saved. On top of this, along with Martin Buttrich and Davide Squillace, he is one third of Better Lost Than Stupid, a red hot DJ and studio collective who put out their debut studio album Wild Slide in 2019, hot on the heels of Tanzmann’s own latest career-spanning and autobiographical solo album, Round and Round with guests like Steve Bug and Mathias Kaden. He might have been doing this for over 20 years, but still, Matthias Tanzmann remains as influential as ever.

Two of the most forward thinking house labels; Moon Harbour and Exploited Rec are joining forces to throw a massive ADE party! A night full of quality house from some of the grooviest artists around. Let’s get together 🎶

‘Wild Slide’ is the debut album from techno supergroup, Better Lost Than Stupid, aka 3 of the world’s finest producers and DJs – Martin Buttrich, Davide Squillace, and Matthias Tanzmann. Released on 13 September by Skint/BMG, the 11 track album follows a slew of singles – ‘Back From The Desert’, ‘The Sky Is Too Low’, and ‘Inside’ – which have won praise from the likes of Mixmag, Dancing Astronaut, RA, Radio 1 (Pete Tong and Danny Howard), Marco Carola, Dubfire, Nicole Moudaber, Kolsch, Joris Voorn, Claptone, Eats Everything, Adam Beyer, and many more.

Sven Tasnadi is considered a firm fixture in the German clubbing culture. His tracks have appeared on EPs released by labels such as Moon Harbour, Cocoon Recordings, Smallville Records, Poker Flat Recordings, Liebe*Detail and Ornaments.
His latest release ‘Break EP’ will come out on Green Velvet’s infamous Relief imprint. The release is accompanied by an exclusive podcast for Relief as well.

We welcome Santé to our artist roster and look forward to a successful cooperation.

Santé, hailing from Berlin, is part of a new school of artists championing musicality, skillfulness and creativity over mindless loops and endless repetition. His productions, like those on his record label AVOTRE, ooze character, charisma & humour, feelings so often overlooked in the realms of house music.