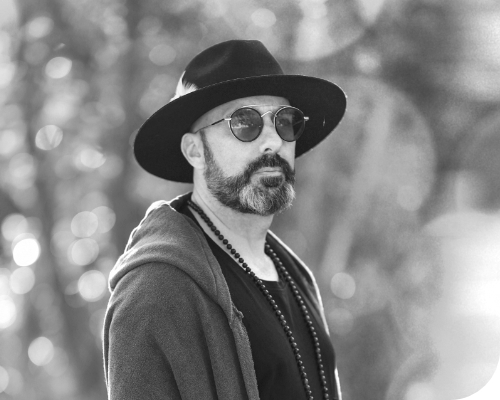 Chus L. Esteban, aka DJ CHUS, born and raised in Madrid, Spain (1971), started his professional career at the end of the ’80s in his home town, amidst the full-blown euphoria of the acid-house movement at Club’ Alien’, one of the first clubs of the famous Kapital Group in Madrid. In August of 1992, he becomes the resident DJ at the legendary ‘Kadoc Club’ in the Portuguese Algarve. He shared the DJ booth with the best international Electronic acts at that time, witnessing from a privileged position the dance music explosion during the 90′s. His style, influenced by the Portuguese and American underground sounds, definitely converged into house music inspired by Soul, Disco, Latin, and World Music.

In 1994, Chus became resident DJ of the first emblematic House Club in Madrid at Teatro Kapital, lasting ten years. He soon developed a passion for the art of electronic music production, working with the bests professionals in Madrid like David Penn, D-Formation, or Oscar L to name but a few.

Chus created a personal vision of underground house music called the ‘Iberican Sound’ influenced by the culture of Spain and Portugal, and a few years later was with Ceballos, whose techno background gelled with Chus’s House style when this fusion turned up, becoming into a worldwide movement.

His Music style is a delicious blend of Organic House, warm and intense with a vital and profound Tribal essence that fuses naturally with melodic and evolving sounds, percussion rhythms, and drums. A long-haul career based on his self-taught character and his constant defense of musical quality has turned him into one of the industry’s most respected DJs.

Chus’s strength resides in his charisma and the unique and pure way he chooses to engage with people.

Residencies worldwide, many awards collected throughout his career, ‘DJ of the Year,’ ‘Best House DJ,’ ‘Best Remixer’ or ‘Best House Label’ to name but a few. Over 30 years of music legacy on labels such as Defected, Nervous, Strictly Rhythm, Moon Harbour, MoBlack and his Stereo Productions show his wide range of music styles and unlimited love for different genres. His blend of styles is his dogma and the quality, his message.

Redolent Music is his most recent project, a new independent boutique record label, event producer, management agency, and lifestyle concept, created alongside La Santa, whose purpose is to cater to the evolving music industry and develop emerging talent.