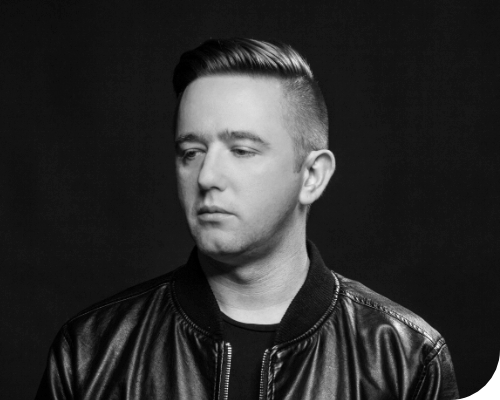 Born in Bonn, Germany, 1984, Andre has been obsessed with music since an early age. By the time he was 12, he was experimenting on his first mixer and a Dennon, mainly mixing hip-hop & rap while living in the Dominican Republic. At the age of 15 he was introduced to electronic music through attending and assisting in the organization of many underground House and Techno parties in the Dominican Republic.

Needless to say, he was immediately inspired by the sound and vibes of these events, which became a huge first touch with some of his most notorious sound sources. As he began to define his own sound, he took influences from Detroit’s atmosphere, Techno’s clinical precision raised in Berlin coming across for the very first time legends of the likes of Derrick May, Jeff Mills and Richie Hawtin. All of them had a massive impact on him and set his course as a DJ. At 18, he moved back to Germany, an attempt on carving his individual sound and DJing career in Europe. Shaping out his own sound seal and constantly fine tuning smooth blend of House and Techno.

It all began to come together in 2004, when he moved to Barcelona, which ended up being the place where he completely established into local’s electronic music scene, taking part of all sort of collectives and parties and also getting an exponential growth on his international schedule (Germany, Russia, Switzerland) playing alongside artists like Ricardo Villalobos, Mathew Jonson, Marco Carola or Josh Wink. In 2010 he took part of FACT Worldwide Team, spearheading the brand and adding a global value on it playing at venues the likes Warung Brasil, Rex Paris or ADE after more than fifteen years focusing his life on electronic music.

Over the years some of his several remixes and productions have been released on labels the likes CB Sessions, N.19 or Intacto Records and also nowadays he’s currently working on his own label Yakazi Music.